French wine labels can be intimidating

So let’s cut through the jargon and see what Bordeaux wine labels tell us. 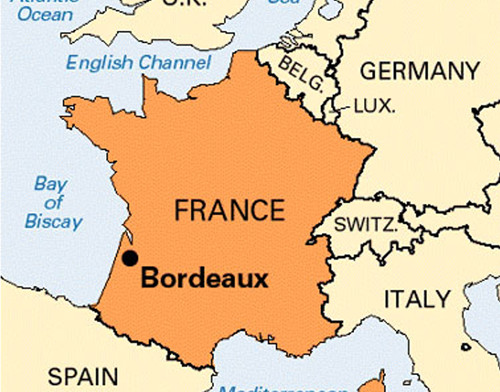 The Bordeaux wine region is in south west France

The the sea , estuary & river affect the vines

The wine making of this region is profoundly affected by the nearness of the sea and the presence of the estuary and river. You can see that the region is divided into two by the river. 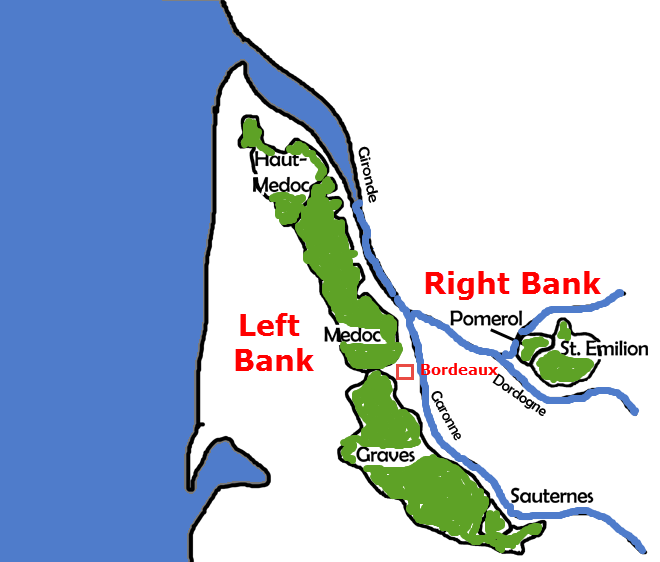 The left and right banks. The “two halves” of Bordeaux

Red Bordeaux wine is a blend of several grape varieties. The two major ones are Cabernet Sauvignon & Merlot. Cabernet Sauvignon prefers the gravel soils on the left bank so more of that variety of it is used in their blends than Merlot.

It’s the opposite situation on the right bank. Merlot prefers the cool clay soils there so the blend has more of it than Cabernet Sauvignon.

Let’s look at some labels: 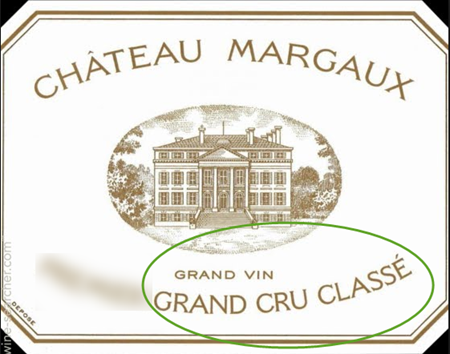 Grand Cru Classé is the top classification established in the 1800’s. It was awarded to châteaux that were around at this time-all wine makers on the left bank. Château just means wine maker-there is not necessarily a big house involved. Little has changed since that time as there is no relegation or promotion.

Some time later growers on the right bank established their own Grand Cru. This works differently as the wine is judged so that a wine-maker here can be awarded the classification or it can be withdrawn.

Grand Cru Classé is the most prestigious wine of the region with prices to match. These wines are usually aged in oak barrels and in bottle for years. Complex flavours develop. They are not good to drink young because of the high acidity and tannins they have. These soften with age and the wine become very desirable and expensive. 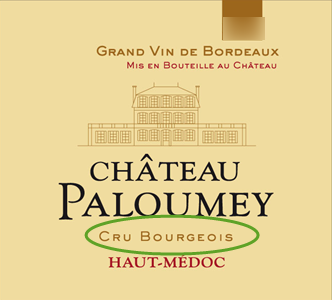 The Cru Bourgeois classification was made for left bank châteaux that were left out of the Grand Cru Classé group or weren’t around at that time. These wine makers want to make very good quality wine too. This classification has to be earned by the wines though and they are judged each year. The classification is awarded (or not) annually. 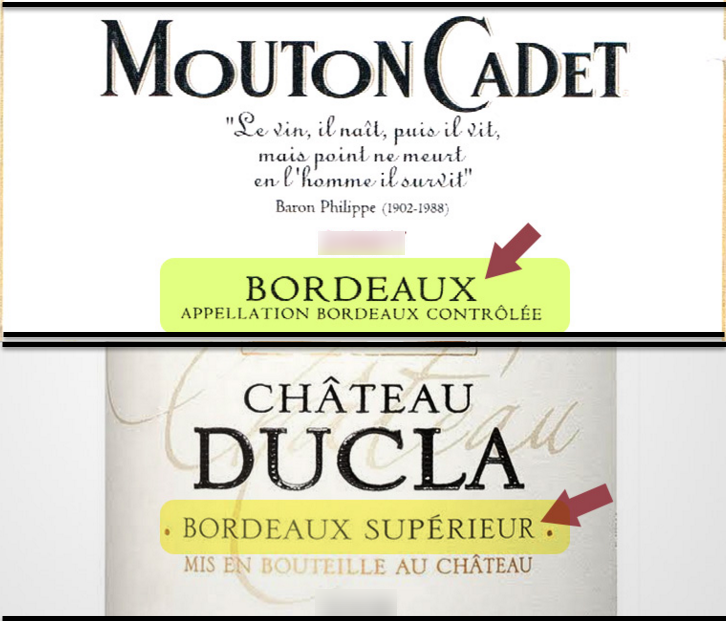 That leaves the basic wines of Bordeaux. These are less expensive wines made anywhere in Bordeaux. They are usually not aged and are best drunk young. 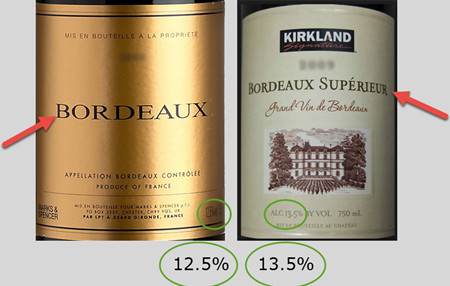 Did you spot the difference in alcohol level?

Bordeaux Supérieur is made slightly differently, resulting in a higher alcohol level than Bordeaux.

What about the term Grand Vin? 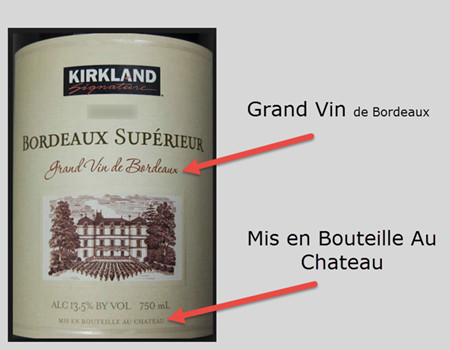 Grand vin is not an official term. It just means that it is the château’s main wine. The Château is the winemaker and here is showing that the wine has been made and bottled by them. 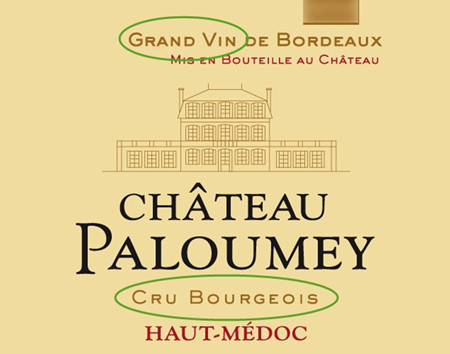 A Cru Bourgeois with Grand Vin on its label 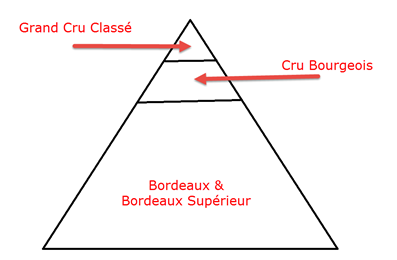