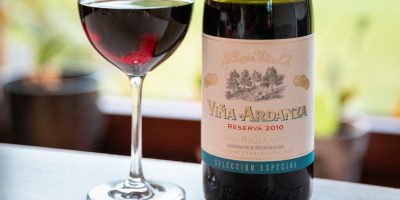 Top 10 Facts You Need to Know about Spanish Wine

Spain has a lot more to offer to the world of wine than just Sangria. The country also provides a wealth of good quality, classic wines. There is a lot you may not know about Spanish Wine. So we’ve put together a list of our most fascinating facts.

1 Did you know Spain has the largest area of land under vine of any wine-producing country in the world? Though declining somewhat over the last decade, it spans 2.9 million acres. Which is greater than France, Italy, and California. This is because of the harsh climate of many of the wine regions of central Spain, where vines are planted far apart from each other due to limited water and nutrients.

2 The most planted varieties are Airen, a white grape used extensively in the making of Brandy (you need a lot of grapes for that!), and Tempranillo, a red grape which is responsible for some of the finest, long-lived reds Spain produces such as Rioja, Toro & Ribera del Duero.

3 Only two regions have achieved the coveted top tier status under the wine geographical indication system of Spain, Denominación de Origen ‘Calcificada.’ They are Rioja & Priorat. To achieve this, the wines must be subject to incredibly strict production rules, have a longstanding reputation for quality and achieve frequently higher average bottle prices than their neighbours.

4 95% of all the Cava produced comes from the Cataluña region. But other zones are allowed to produce it including Valencia, Aragon, Castile and León, Extremadura, Navarre, Basque Country, and Rioja.

5 The Balearic and Canary Islands all produce wine, with some unique varieties that are not found anywhere else like Listán Negro and Malvásia Volcánia. The unique geography and microclimates of Tenerife mean that it has five of its own recognised wine regions!

6 Spain is the biggest producer of organic wines of any winemaking nation. This is mostly thanks to the dry, low humidity climates of many of the regions which mean lower rates of vine fungal diseases.

7 Red wine lover? Good news! Over half of all wines produced in Spain are red.

8 Pedro Ximénez Sherry is the sweetest wine made in the world, with typically well over 300g/L sugar content per wine. In fact, there is so much sugar and so little water content, that yeast struggle to ferment juice from the grapes. The high alcohol content is down to neutral alcohol being added to ‘fortify’ it.

9 The practice of prolonged aging in barrel and bottle before release in Rioja was established at the end of the 19th century and was modeled on the fine wines of Bordeaux. A practice that continues to this day.

10 One of the highest altitude vineyards in Europe is located in the town of Santiago del Teide on the island of Tenerife at 1100m above sea level.

Spanish wine has so much to offer. If you’re interested in learning more, check out our Spanish Wine Scholar course, for the most comprehensive certification course on Spanish wines, endorsed by the Spanish Trade and Investment government agency. Great for your career or just for your own benefit! Find out more here.