How Sparkling Wine is Made & Why Prices Vary 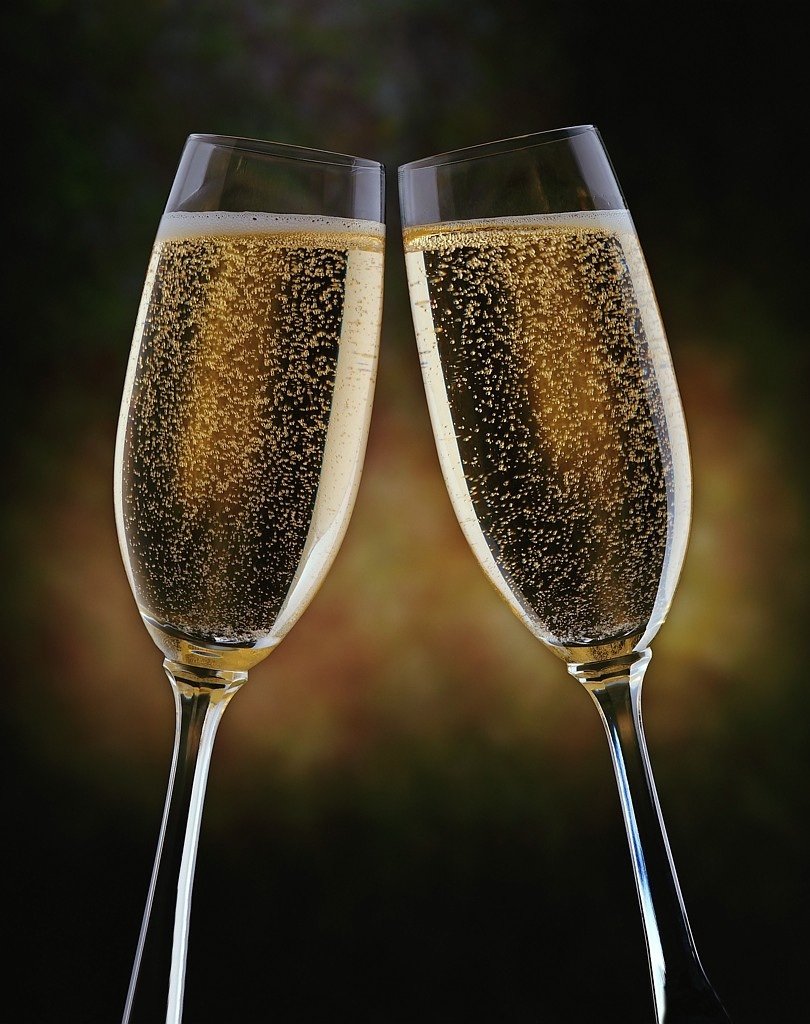 Are all sparkling wines the same?

Everyone, usually even non wine drinkers, have heard of Champagne. You expect it to be a high quality, expensive product. This is down to centuries of clever marketing, careful refinement of manufacturing process and aggressive image building and protection by the region’s makers.

However, we are in a golden age of consumer choice. There are now many more varieties of fizz available to us, from all over the world. These have a wide range of price points. Understandably, many people wonder what the difference is between these- and whether they are worth it.

Of course, everyone’s personal tastes are different. That is fine, it would be a very boring world otherwise! Some people hate Champagne, but love Prosecco. For others, only Champagne will do- every other sparkling wine is an inferior pretender to the sparkling wine crown.

Much of the final price you pay and the final character of the wine, however, can be explained by the different processes used to create it.

Sometimes referred to (rather rudely/sarcastically by French winemakers) as, ‘The Coca-Cola method’ or ‘Methode Pompe Biciclette.’ This is generally only reserved to the very value end of the market, with sensitive price points done to cost. As the process name(s) suggest, Carbon Dioxide gas is simply pumped through a still base wine. Some dissolves in the wine, producing bubbles, and then it is bottled. Does the job, but rather crudely. The result is very large bubbles which ‘assault’ the palate. Also, like soft drinks, the fizz disappears quickly and they do not last very long once the bottle is opened, or the wine is in your glass.

The remaining products are of much better quality. What do Prosecco, Champagne, Cava, New World sparkling wines and Crémant (sparkling wine produced in France in regions other than Champagne) all have in common? They all undergo two fermentations. One to make the base wine, then a second to naturally create the fizz.

The exception to this is Asti, which is made all in one go quickly to help preserve the Muscat grapes’ delicate aroma.

However, how this second fermentation is done, and what happens after differs greatly for each. This can have a massive impact on the final character and cost of each product. 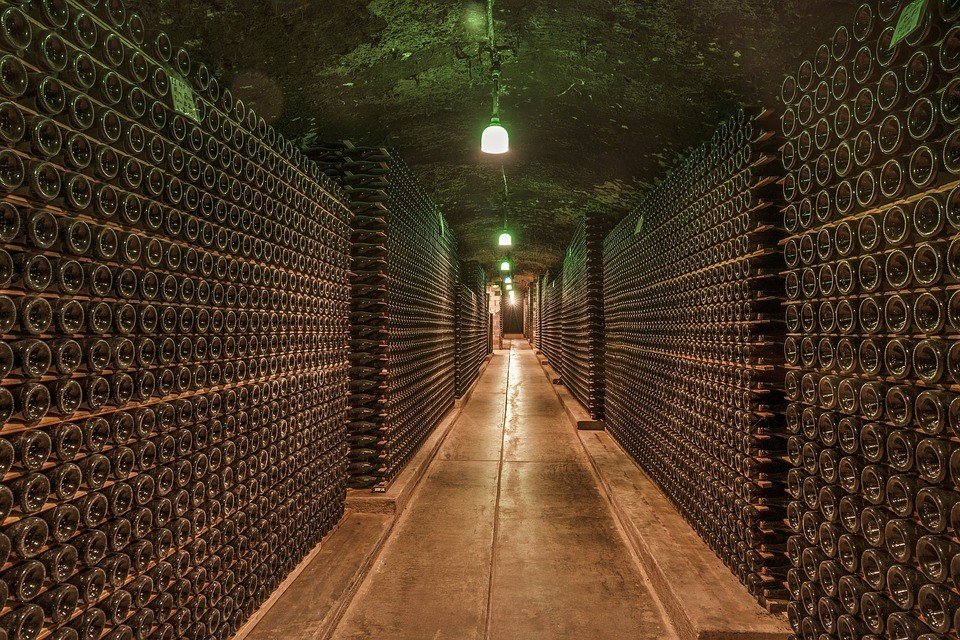 Ageing (and space for it!) comes at a premium. But some flavours only develop with time.

After first fermentation in tank, the wine is put into the bottle it will be sold in. Often, this is a blend of many different wines and grape varieties to add complexity/smooth out imperfections. It is then sealed with a second dose of yeast and sugar. Carbon dioxide is naturally produced, and has no where to go other than dissolve in the wine. Eventually the yeast eats all the nutrients and dies. It sinks to the side of the bottle, and forms a layer of sediment called ‘lees.’ Contact with this, can impart savoury bready/cakey/biscuity flavours. The longer the wine is kept in contact with this, the richer and more obvious these flavours become. The acidity of the wine also softens.

‘Time is money’ as they say, so this can add considerably to the cost. Cheaper ones are not left to age as long, so are fresher on the fruit side- but are often less complex and the acidity is more noticeable.  However, if you like the richer styles of vintage sparkling wines, you realise development is slow, and this extra time is necessary. People are therefore willing to pay more for it. Cava and Crémant, tend not to be aged as long as Champagne. As well more being able to be produced in general, because their allowed areas of production are bigger, this contributes to them being less expensive. English Sparkling Wine and high-end New World products on the other hand, are totally modelling themselves on the Champagne style. So these often have prices to match. 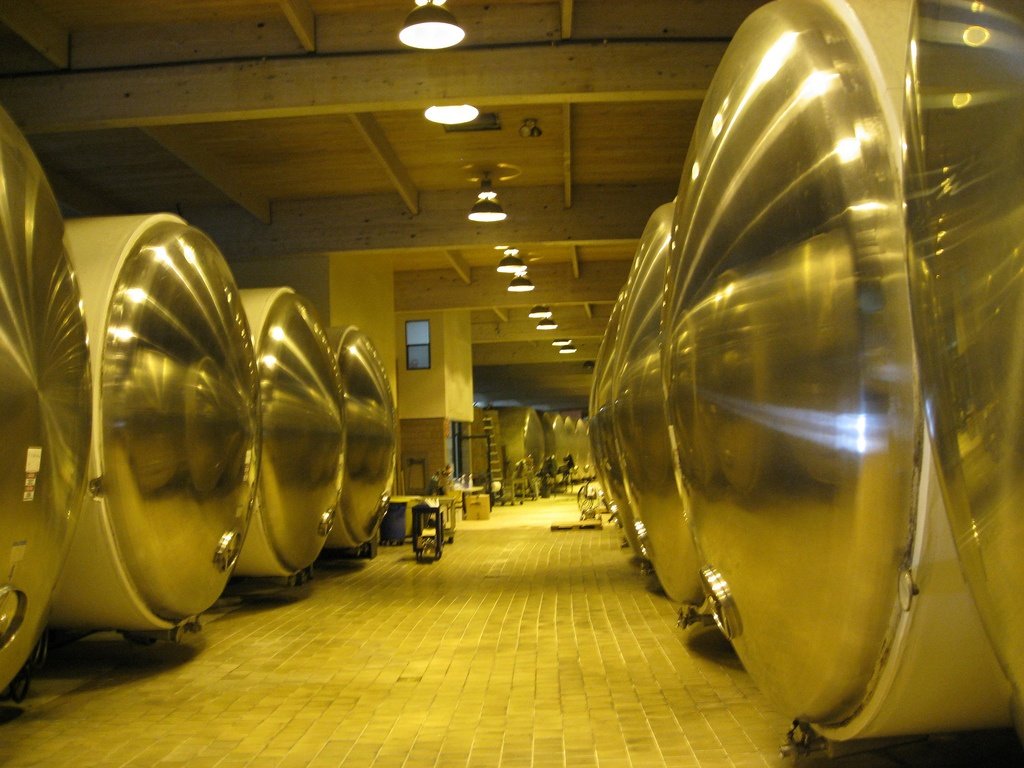 Modern stainless steel tanks are a less romantic image than ancient wine cellars. This is a much more efficient and quicker process of producing bubbles though! And preseves aromatic varieties.

Sometimes also known as ‘cuve close’ or ‘Charmat/Martinotti’ method (after its French/Italian co-developers), because it sounds sligthly less off-putting! Prosecco, Asti and similar priced New World bubblies are made this way. However, this does not necessarily  make them ‘inferior’ or ‘cheap.’ The wines still undergo a second fermentation, but kept in a tank rather than done in bottle. This is quicker and less labour intensive which helps with production costs. However, for the aromatic grapes that go into Prosecco and Asti (Glera and Muscat), the larger surface area to volume of wine to yeast lees is a good thing. It allows the delicate flavours naturally present in the grapes to shine. These products are also not aged after bottling, as their freshness would just fade. Therefore they are put on the shelves intended to be drunk as soon as possible.