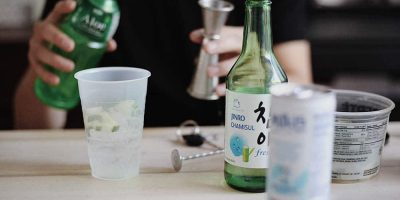 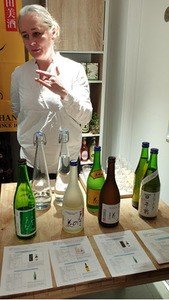 John was very kindly invited along to a supplier tasting dinner at The Sparrows. This little restaurant, which seats at most 12 diners, is tucked away on Mirabel Street, under the railway arches opposite Manchester Arena. It is a hidden gem, specialising in pasta and ‘Spätzle,’ a type of pasta that forms the base of many dishes in Germany, Austria, Switzerland, Hungary, Alsace, Moselle and South Tyrol. Everything is produced fresh every day, hand-made and shaped. Owner, Kasia is also a specialist importer and distributor of fine Japanese Sake.

We were treated to a guided tasting of some of Brewery Hinomaru Jozo’s range led by their Toji Mr Ryoji Takahashi. His ethos is to produce enjoyable, high quality Sake made traditionally, yet at affordable prices. The brewery was founded in the 17th century, and is based in Akita, one of the most remote and snowy regions of Japan! The area is famed for its pure mountain waters, important for producing the very best Sake.

This crisp, elegant Sake had a lot of flavour thanks to a continuation in brewing, with a slow bottle maturation at low temperature over a year in the cellars. It had a gentle sweetness that paired superbly with the creamy, rich Burrata. 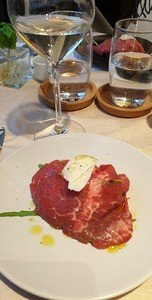 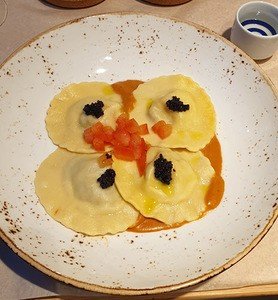 A very grand, full flavoured dish paired with a humbler offering. The delicate sweetness of lobster combined with the umami savoury tang of the Sake made you appreciate both much more.

Probably the most fascinating pairing of the evening. This super rare, well-aged Sake was sweeter than the rest, and had an almost dessert wine likeness about it. Dried fruit and orange blossom delighted with the sweet, warming spice of the cinnamon.

​Check out our Introduction to Sake courses in Manchester. A 2 hour guided tasting of 5 premium styles of Sake, led by a Certified Sake Sommelier. Includes a certificate of participation at the end. Makes a great gift for lovers of Japanese food, culture and Sake